We are Beth and Ben Tart.

Together we have a combined experience of over 50 years reproducing historical textiles. 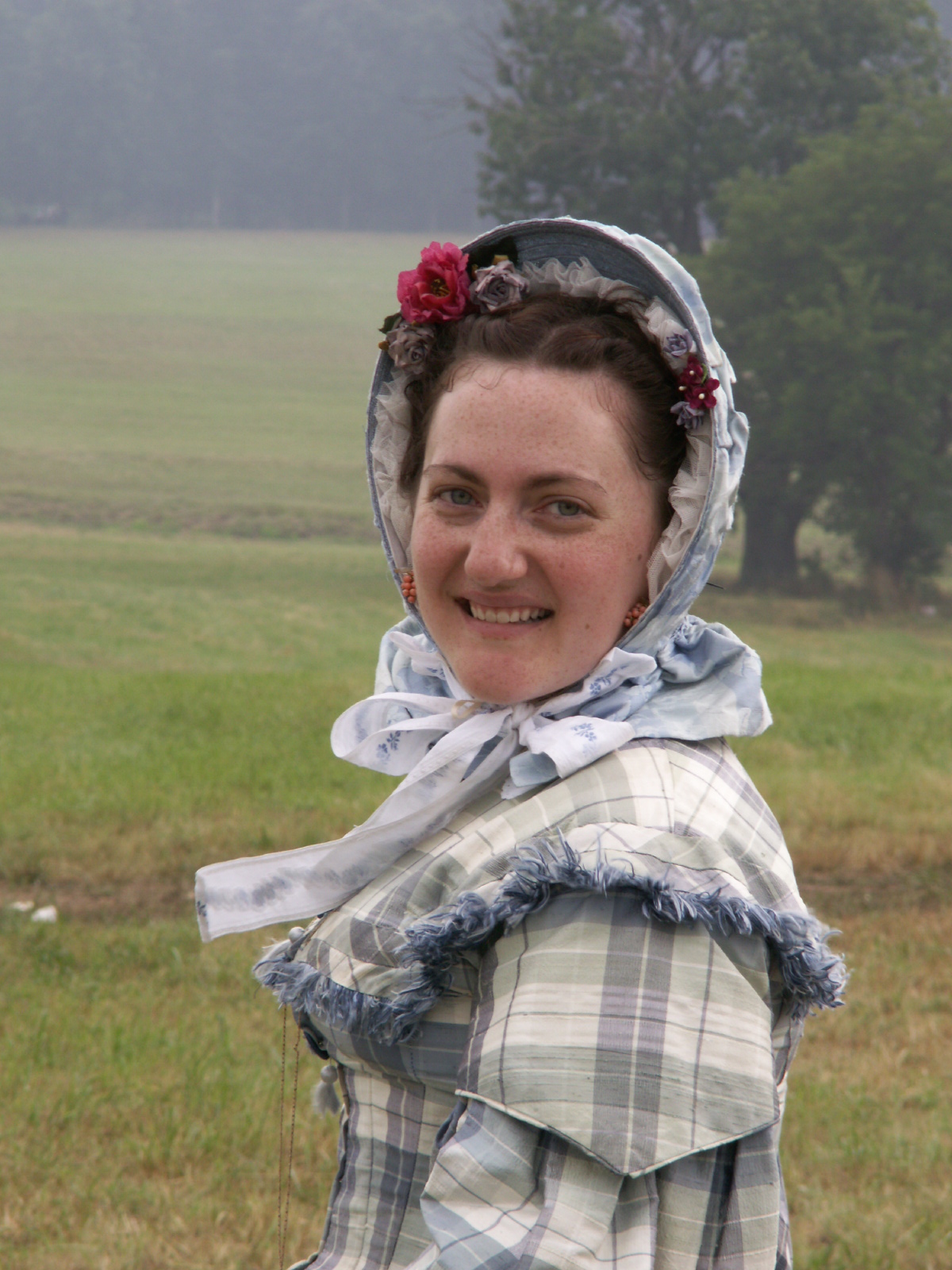 Beth has always had a fascination with looking at objects and figuring out how they were made. Her history working with and for vendors of historical dress began in 1998 when her hopes of sewing for Courier Du Bois (later Just Two Tailors) became an instead an her introduction into running this type of small business. Beth holds a Bachelor of Arts Degree in technical theatre and design with an emphasis in costume design from Western Michigan University.  Beth has re-enacted the American Civil War with her family in Michigan Cavalry units since the early 1990's.  She begun as many do by creating historical clothing for herself in her reenacting hobby and then gradually making pieces for others.  She has created theatrical costumes for Western Michigan University and The Madison Ballet's production of "The Nutcracker." Beth joined Past Reflections a company providing historical reproductions and patterns drafted from extant garments to museums, and historical enthusiasts,as a partner in January 2006. Beth and Jackie have been working on developing a line of sewing patterns under that brand.

Ben holds a Bachelor of Science Degree in Textile Chemistry with a concentration in dyeing and finishing from NC State University. He has worked as a product development manager for a large textile firm.

Ben’s interest in material culture led him to begin Civil war reenacting in 1981. Ben has given seminars on historic textiles in various settings including national parks and museums. He has been reproducing historical textiles and vegetable dyed fabrics from historical references for reenactors and museums since 1986. Ben has a particular interest in researching and reproducing historically accurate colors and the fading qualities associated with historic dyes. Ben has worked as a technician in the conservation labs at the North Carolina Museum of History and managed the textile conservation lab. Ben has performed as a consultant on various textile projects at the North Carolina Museum of History. Ben formed T B & B, a company providing historical reproductions to museums, and historical enthusiasts, in 1998.

Together Ben and Beth formed B & B Tart in 2010 specializing in historical fabrics as well as reproduction garments from the civil war period.

In 2018 they formed Tartex Textiles LLC with the goal of expanding the historic reproduction fabric selection they offer.